Located on the corner of 4th & B Street in Bay City, OR

Built in the 1950’s, the station originally housed the City Hall and the Public Works Department, as well as the Fire Department.

The Station was updated throughout most of the 1980’s Three additional apparatus bays, an office, and a larger restroom with a shower had been added when this expansion was completed in 1988.

We are currently finishing a project started in 2014 that has added a small apparatus bay, a utility bay, and will include a tool room, and additional training room upon completion. 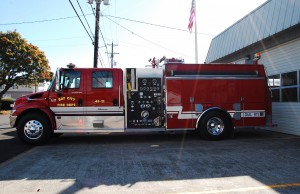 Second out on fire calls 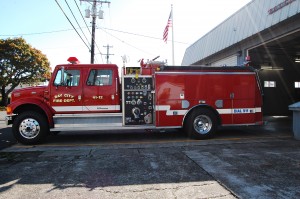 Reserve engine/ Second out for mutual-aid